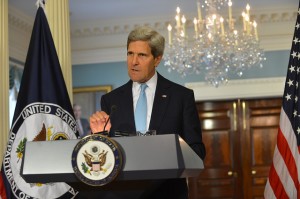 Exclusive: Though the investigation of the shoot-down of Malaysia Airlines Flight 17 has barely begun, the Obama administration and the U.S. media have sold the world on the narrative blaming Russia’s President Putin, with Secretary of State Kerry sealing the deal, writes Robert Parry.

Secretary of State John Kerry boasts that as a former prosecutor he knows he has a strong case against the eastern Ukrainian rebels and their backers in Russia in pinning last Thursday’s shoot-down of Malaysia Airlines Flight 17 on them, even without the benefit of a formal investigation.

During his five rounds of appearances on Sunday talk shows, Kerry did what a judge might condemn as “prejudicing the case” or “poisoning the jury pool.” In effect, Kerry made a fair “trial” almost impossible, what a bar association might cite in beginning debarment proceedings against prosecutor Kerry. But what Kerry did was actually much worse. He essentially dictated the outcome of an inquiry that risks pushing the world into a new and dangerous Cold War. With his didactic – all-tell-no-show – presentation of the “evidence,” Kerry made any objective assessment of the actual evidence nearly impossible, certainly for U.S. government investigators and even for many international officials whose jobs often depend on the goodwill of the United States.

If you were, say, a U.S. intelligence analyst sifting through the evidence and finding that some leads went off in a different direction, toward the Ukrainian army, for instance, you might hold back on your conclusions knowing that crossing senior officials who had already pronounced the verdict could be devastating to your career. It would make a lot more sense to just deep-six any contrary evidence.

Indeed, one of the lessons from the disastrous Iraq War was the danger of enforced “group think” inside Official Washington. Once senior officials have made clear how they want an assessment to come out, mid-level officials scramble to make the bosses happy.

If Kerry had cared about finding the truth about this tragedy that claimed the lives of 298 people, he would have simply noted that the investigation was just beginning and that it would be wrong to speculate based on the few scraps of information available. Instead he couldn’t resist establishing a narrative that has – in the eyes of the world – made Russian President Vladimir Putin the guilty party.

Kerry’s TV performance recalled his rush to judgment in blaming the Syrian government for a still-mysterious sarin gas attack last Aug. 21. In both instances, the Secretary of State stitched together circumstantial evidence around the repeated refrain, “we know.”

However, in the Syrian case, much of what Kerry claimed to “know” later turned out to be false. Yet, relying on this unreliable “evidence,” Kerry pushed the United States to the edge of a major bombing campaign before President Barack Obama pulled back and – with the aid of President Putin – reached a compromise that avoided another U.S. war and got Syria to surrender its entire stockpile of chemical weapons. [For details, see Consortiumnews.com’s “John Kerry’s Sad Circle to Deceit.”]

But Kerry apparently learned no lesson from the Syrian fiasco, nor from getting snookered by President George W. Bush in 2002 about Iraq’s non-existent WMDs, nor from the pattern of U.S. government deceptions that dispatched him and millions of other young Americans into the jungles of Vietnam in the 1960s. [For more on that, see Consortiumnews.com’s “What’s the Matter with John Kerry?”]

Back on the High Horse

On Sunday, Kerry was off again on his high horse, charging beyond the bounds of any serious evidence or investigation to leave little doubt who should be found guilty regarding Malaysia Airlines Flight 17 which was shot down by a missile over war-torn eastern Ukraine. Though one of the natural suspects would be the Ukrainian military, Kerry only focused on the ethnic Russian rebels and Moscow.

During his appearance on NBC’s “Meet the Press” with David Gregory, Kerry said, “Let me tell you what we know at this point, David, because it tells you a lot about what is going on. In the last month, we have observed major supplies moving in.

“Several weeks ago, about 150-vehicle convoy, including armored personnel carriers, tanks, rocket launches, artillery all going in and being transferred to the separatists. We know that they had an SA-11 system in the vicinity literally hours before the shoot-down took place. There are social media records of that. They were talking, and we have the intercepts of their conversations talking about the transfer and movement and repositioning of the SA-11 system.

“The defense minister, so-called self-appointed of the People’s Republic of Donetsk, Mr. Igor Strelkov, actually posted a bragging statement on the social media about having shot down a transport. And then when it became apparent it was civilian, they quickly removed that particular posting. We –“

David Gregory: “Are you bottom-lining here that Russia provided the weapon?”

“But even more importantly, we picked up the imagery of this launch. We know the trajectory. We know where it came from. We know the timing, and it was exactly at the time that this aircraft disappeared from the radar. We also know from voice identification that the separatists were bragging about shooting it down afterwards.”.

Kerry: “So there’s a stacking-up of evidence here which Russia needs to help account for. We are not drawing the final conclusion here, but there is a lot that points at the need for Russia to be responsible. And what President Obama believes and we, the international community, join in believing, all, everybody is convinced we must have unfettered access. And the lack of access – the lack of access, David, makes its own statement about culpability and responsibility.”

Yet, like the case with Syria, Kerry presented no verifiable proof from the U.S. government, no images of the 150-vehicle convoy, no support for the claims about the rebels possessing the SA-11 Buk system (beyond allusions to “social media”), no countervailing information about the Buk systems possessed by the Ukrainian military, no effort to allow for contrary explanations for comments made during the confusion that followed the crash within a disorganized rebel organization that has poor command and control, no demands for cooperation from the Kiev regime.

Also, there was no explanation for why Kerry’s statements were at variance with public remarks by senior U.S. military personnel. For instance, the Washington Post’s Craig Whitlock reported on Saturday that Air Force Gen. Philip M. Breedlove, U.S. commander of NATO forces in Europe, said last month that “We have not seen any of the [Russian] air-defense vehicles across the border yet.”

Whitlock also reported that “Rear Adm. John Kirby, the Pentagon press secretary, said defense officials could not point to specific evidence that an SA-11 surface-to-air missile system had been transported from Russia into eastern Ukraine.”

Of course, the only skepticism expressed by NBC’s Gregory was over why the Obama administration hadn’t jumped to the conclusion of Russian guilt even faster. Instead of citing the contradictory information in Whitlock’s article, Gregory cited a belligerent Post editorial.

Gregory: “The Washington Post has editorialized this weekend what was missing from the President’s comments when he spoke out on Friday was a clear moral conclusion about the regime of Vladimir Putin or an articulation of how the United States will respond. What about it? … Call Vladimir Putin what he is. What is the threat that he and Russia present to the United States and to the West?”

When Kerry’s response wasn’t bellicose enough, Gregory egged him on:

“But I detect in your words, Mr. Secretary, some reluctance to make this a one-on-one battle. You want to give Russia a little bit more room here. But the question is still about consequences.”

There also was nothing in the interview about the shared responsibility for the nasty civil war gripping Ukraine; nothing about the reckless U.S. support for the neo-Nazi spearheaded overthrow of elected President Viktor Yanukovych on Feb. 22, just a day after he had signed an agreement with three European nations to reduce his powers and hold early elections. Instead of supporting that deal, Kerry’s State Department immediately embraced the coup regime as “legitimate.”

Though the Ukraine reality is complex and murky – with blame on both sides – Official Washington’s narrative has been black-and-white: the western Ukrainians, including a significant number of neo-Nazis who trace their ideology back to Nazi collaborator Stepan Bandera, are the good guys and the ethnic Russians from eastern Ukrainians are the bad guys, with Vladimir Putin the baddest of the bad guys.

A less biased journalist than David Gregory might have asked Kerry if he thought that Ukraine’s new President Petro Poroshenko was wise in terminating a partial cease-fire in late June and launching a brutal offensive against the towns and cities of rebellious eastern Ukraine. That fighting was the context for the shoot-down of Malaysia Airlines plane.

But the immediate pressing issue should be to determine who fired the missile that brought down the plane. If indeed Russia recklessly provided the rebels this high-powered anti-aircraft weapon, whoever approved that transfer should be held accountable along with the rebels who fired it, even if the Boeing 777 was mistakenly identified as a military aircraft.

Similarly, if elements of the Ukrainian military fired the missile – possibly thinking the plane was a Russian reconnaissance flight on its way back to Russia – then a thorough investigation should determine who in that chain of command was responsible.

I was told by one source who had been briefed by U.S. intelligence analysts that some satellite images suggest that the missile battery was under the control of Ukrainian government troops but that their conclusion was not definitive.

Which is why Kerry’s outbursts on Sunday could be so harmful to any pursuit of the truth. By clearly pointing the finger of guilt away from the Kiev regime and toward Moscow, Kerry has made it much harder for any intelligence analyst to assess the evidence without fear of some painful consequences.

Investigative reporter Robert Parry broke many of the Iran-Contra stories for The Associated Press and Newsweek in the 1980s. You can buy his new book, America’s Stolen Narrative, either in print here or as an e-book (from Amazon and barnesandnoble.com). For a limited time, you also can order Robert Parry’s trilogy on the Bush Family and its connections to various right-wing operatives for only $34. The trilogy includes America’s Stolen Narrative. For details on this offer, click here. 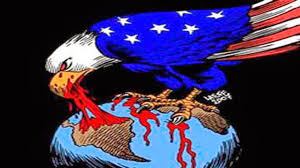 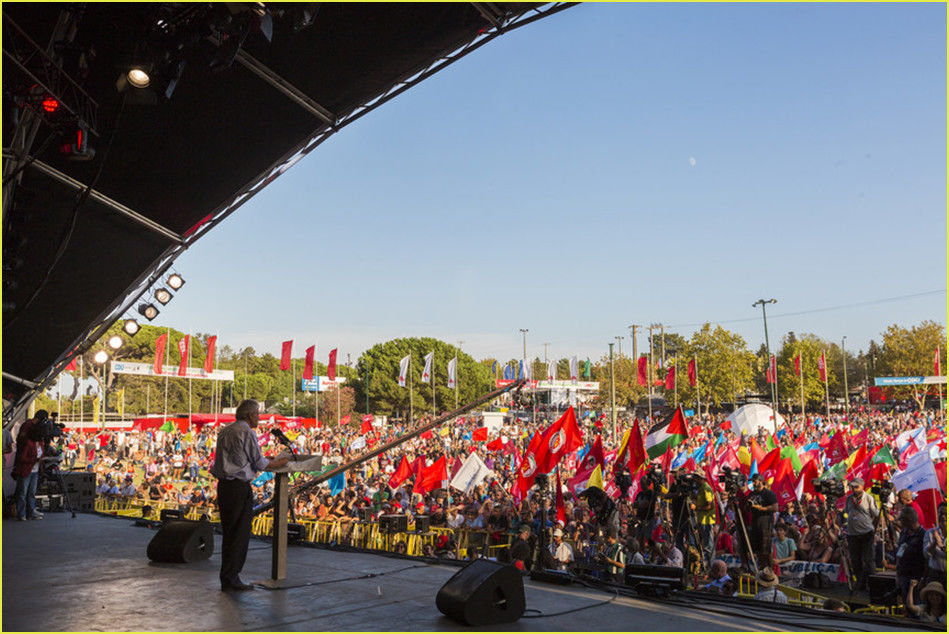 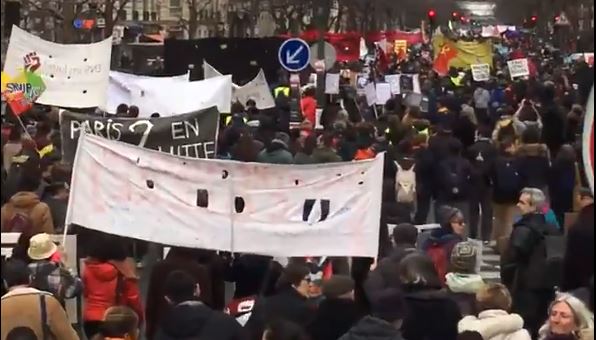 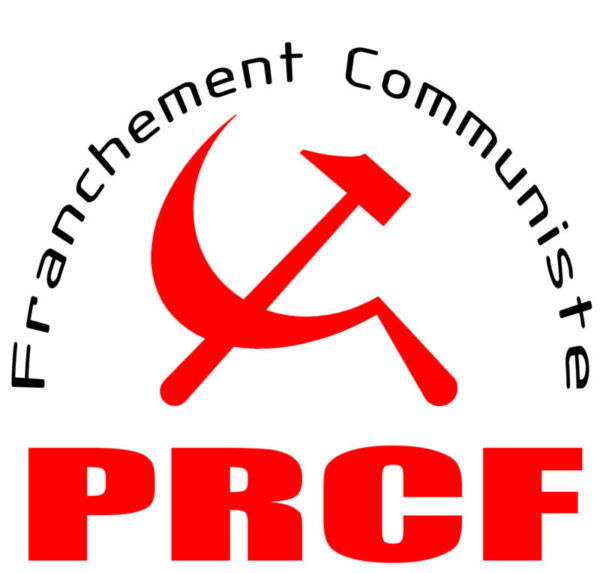